Les Barnett to carry a baton! 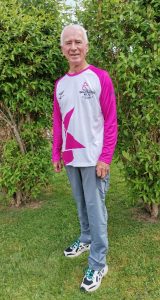 You will be aware that a precursor to the Games the Queens Relay Baton Relay. This has been taking place across the whole of the Commonwealth. When the Baton returns to the UK it will travel through the length and breadth of England before arriving in Birmingham on 28th July for the Opening Ceremony. And thousands of people were nominated to carry the Baton on its journey through England and just 2022 have been chosen. Each will carry the Baton for approximately 200m before passing it on.

What you may not know is that Les Barnett, a resident of Hampton Magna since 1971 is one of the small number of Warwickshire residents who will have this honour. The Relay Baton will pass through Warwick on 22nd July. Les says “I am delighted and extremely proud to be one of those chosen as a local Baton Carrier”

Les has been a member of Leamington Cycling and Athletics Club since 1967. He has held numerous positions with the Club including judging and coaching athletics at every level for more than 40 years. For his services to sport, in March this year Les was given the 2021 England Athletics Volunteer of the Year Award. 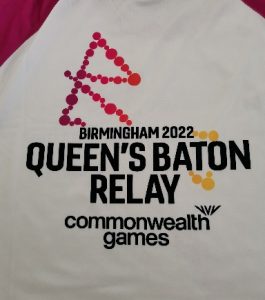