Warwick District Council is looking for your suggestions on people, places, objects, or things you associate with Royal Leamington Spa. The information you provide will help shape the development of a new piece of public art, planned to be installed in the pedestrian underpass at Leamington Spa Station, which will be seen by 1,000’s of people during this year’s Birmingham 2022 Commonwealth Games.

The Royal Leamington Spa Colour Palettes art piece will be made up of number of large colour swatches with each one representing and celebrating one of seven themes relating to the town:

Your suggestions will be used to inform the creation of the artwork, which will showcase what the town has to offer people visiting Royal Leamington Spa, for example, the Royal Pump Rooms, Royal Spa Centre, Jephson Gardens.

“The Royal Leamington Spa Colour Palettes will be a great visual improvement for the gateway into the town. Welcoming visitors and spectators from all over the world during this year’s Commonwealth Games. This piece of public art will showcase what we are proud of in Royal Leamington Spa and provide a fantastic opportunity for the people of the district to be part of this project.”

“With the Commonwealth Games coming to Leamington this year, this is a wonderful project to enhance the pedestrian underpass at Leamington Spa station and welcome the many visitors to the town with vibrant artwork.

The project is a great way for residents to get involved, and we’re looking forward to hearing suggestions on what the artwork should feature.”

“The Colour Palette artworks are all about celebrating local; the areas we grew up in, the people who inspire us, the places we love and the buildings we cherish. It’s wonderful that the Royal Leamington Spa Colour Palettes are being shaped by residents of the town and my thanks go out to everyone who submits a suggestion.

I can’t wait to see what will feature on the final artworks. They promise to be fascinating and interesting designs packed with wonderful – and colourful – references that will welcome visitors to the town in their thousands every day.”

“This project is a celebration of the rich and varied colours of Royal Leamington Spa and our commitment to the creation of exciting community art across our town. It is also an excellent opportunity to engage with and involve residents to find out which local features or folk they think should be included in this artwork at such an important visitor gateway into Royal Leamington Spa.”

“Royal Leamington Spa is a hugely creative town, and there could be no better way for visitors to be welcomed into the town than by a community-informed piece of art that reflects the very place they’ve come to see. The CRP is delighted to be supporting this project by collaborating with local artists to create workshops for schools where we can inspire young people and give them an opportunity to have a voice in the development of this piece of public art.”

To submit your suggestions, complete this short online form at www.smartsurvey.co.uk/s/RLSColourPalette/ by Saturday 12 February 2022.

Royal Leamington Spa’s Colour Palettes are planned to be installed before the Games come to the district this July.

Royal Leamington Spa’s Colour Palettes will form part of Warwick District Councils CultureFest, which will showcase and celebrate the incredible arts and heritage venues, artists, and creatives in the area from Saturday 16 July to Sunday 21 August 2022.

Stacey Barnfield is a regional artist who is developing the colour palette artwork to feature in the pedestrian underpass at Leamington Spa Station. He has developed a similar colour palette at Grand Central at New Street Station.

Warwick District will be providing venues for the Lawn Bowls and Para Lawn Bowls at Royal Leamington Spa’s Victoria Park and the Cycling Road Race start/finish at St Nicholas Park, Warwick, as part of this year’s Birmingham 2022 Commonwealth Games. 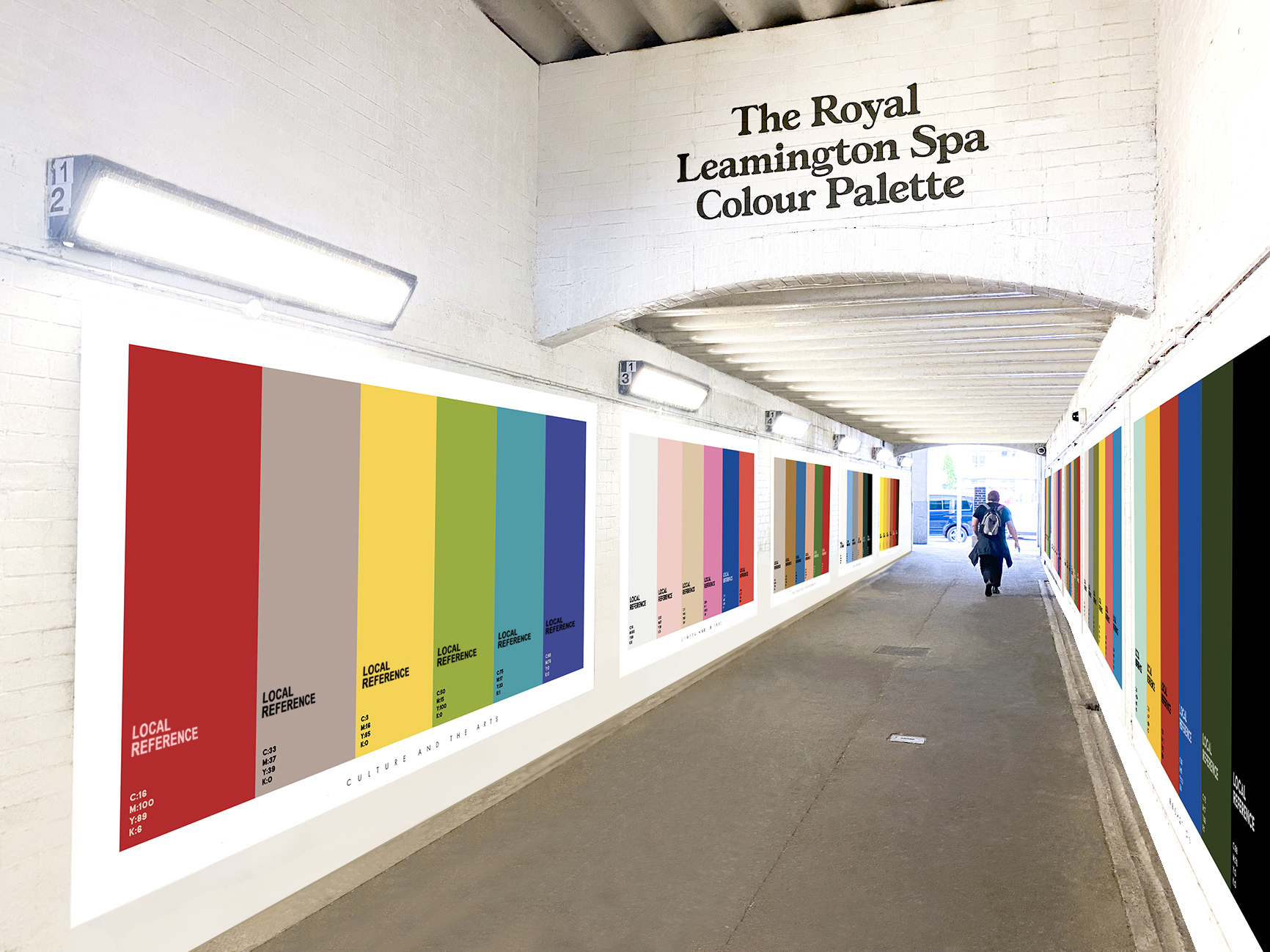 A total of £1.8 million has been awarded to Warwick District Council from Coventry and Warwickshire Local Enterprise Partnership (CWLEP) for infrastructure improvements ahead of Victoria Park’s role as an official venue for Lawn Bowls and Para Bowls competitions during the Birmingham 2022 Commonwealth Games. This funding includes a sum of almost £1.6 million from the Government’s Local Growth Fund (LGF).

Local Enterprise Partnerships are playing a vital role in driving forward economic growth across the country, helping to build a country that works for everyone.

That is why by 2021 Government will have invested over £12bn through the Local Growth Fund, allowing LEPs to use their local knowledge to get all areas of the country firing on all cylinders.

More information about transport and travel in Warwickshire can be found online: https://www.warwickshire.gov.uk/roads-transport